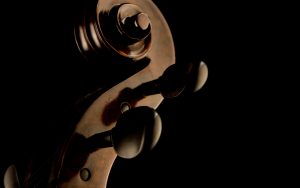 Just in time to celebrate 2017, I have a new website design, with lots of new blog posts coming down the pipeline in the year ahead. I’m looking forward to publishing a bunch of my ideas on teaching in 2017.

I hope this year sees the fulfilment of your goals and dreams!

Grammy Badiere with her Grandsons, Leszek and Andrzej

After 40+ years of teaching violin lessons, I am retiring this summer. It has been a pleasure watching children of all ages grow and develop their music skills and talent. I feel grateful to have enjoyed such a rewarding career.

I will be moving to Arvada to be closer to family. For the next few months, I won’t be writing much, but I plan to get back to blogging in full force in 2017. I hope you will return to join me at that time.

Have a great summer! 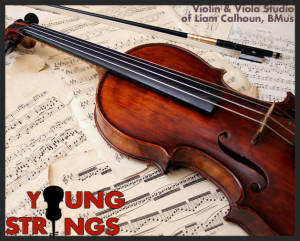 I was recently contacted by fellow strings teacher, Liam Calhoun. He wrote a blog post that I found very much in line with my views on improvisation in music education. I like the thinking in this piece! For example, in reality, are improvisation and creativity really in opposition with technical skills and sight reading, or are these concepts/entities two sides of the same coin of being a fine musician? I agree with the latter idea. We have indeed for too long divided “classical” orchestral and chamber music playing according to a given score, from the more free wheeling improvisation in it’s own right, or improvisation on a known melody or theme. We have seen these two venues as two different kinds of music, which in a sense, they are. However modern usage is blurring the distinctions of this kind and we are beginning to see just music. I like this trend. Liam gives further ideas.

I also like his thinking on “playing by ear”. Of course it is a vital part of the whole. When I play “from memory” my ear is definitely guiding me as well as muscle memory especially in the more technical parts. Playing by ear also opens up more space in the improvisation area. One can transpose a melody or theme more easily. One can hang on to the theme and weave an improvisation around it.

One more thought. The students and their families who come to us come with their own ideas of what 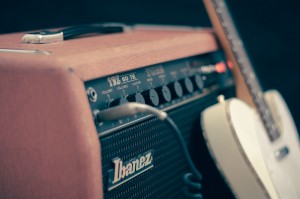 their favorite musical activities might be. Some are not a whit interested in doing a Mozart Concerto, but would think they had reached the mountain top if they could participate in a garage band with their friends. Well, the I, IV & V7 chords that we teach in the Royal Conservatory of Music theory work are indeed the same chords used in lead sheets for the garage band or the church praise band. I have a family now in which big sister can play the arpeggio form of the chords while little brother plays Twinkle. They can do it in A major, D major and G major. The grins are the rewards! Why not meet people where they are?

I made some revisions to my booklet, Elements of Music Theory/Improvisation, and gave it a new cover. I actually had two new covers made and would like to get some help in choosing which one I should keep. Other than the covers, all contents of each booklet are identical. Please download the version that has the more attractive cover, in your opinion. I will keep the one that gets the most downloads.

While we received a lot of votes for both covers, we received slightly more for version B. I’m now adding new material and finalizing my Master booklet as well as one each for violin, viola and cello and these will be available for purchase soon!

I have been digesting a paragraph from Dr. Carol Dweck’s book Mindset: The New Psychology of Success, (page 41).

“For them, [people with the growth mindset] even geniuses have to work hard for their achievements. And what’s so heroic, they would say, about having a gift? They may appreciate endowment, but they admire effort, for no matter what your ability is, effort is what ignites that ability and turns it into accomplishment.”

I think Dr. Suzuki would be whole heart and soul into that statement. I think that is the thinking behind the way he broke down tasks for the young children to be able to move from one small accomplishment to the next. Some parents embrace this idea and they and their children succeed at this endeavor.

Parents who appreciate the value of effort give their children an example of what effort can do for us in our daily life. It’s the way they face their lives. The children in this environment embrace effort naturally and see their parents appreciate their efforts and accomplishments.

I so like this interview, and what Carol Dweck is describing as the growth mindset. It fits in nicely with the philosophy of teaching of Shinichi Suzuki. The use of appropriate praise is part of his teaching. Also, the idea of ongoing growth and development of technical skills, musical understanding and personal growth.

I like to show a student two ways of doing something, likely the way they just did it and a more effective way of doing it and then ask them if the two ways were different or the same and encourage and guide them to figure out the difference for themselves. Then we also look at how the new method is done. Then of course, the next question is, can you do it that way? I provide encouragement and guidance where needed for them to use their wits and abilities to work it out for themselves. This gives them a chance to be proud of themselves and learn the value of working their problem through for themselves.

I highly recommend both the interview and the book below; I find them congruent with the philosophy of the Suzuki Method.

A student put the following question out on Tumblr recently:

I’ve played violin for about 5 years but only in the school orchestra. Our teachers were never very good so I’m still kind of awful at understanding how keys and scales work and all fit together ( this is embarrassing omg) so basically I was wondering if you can think of any sources (preferably online) that go over all of the basics so I can review and finally understand what it is I’m playing? Thank you so much 🙂

While there a numerous online resources for this (and others on Tumblr have mentioned a few, such as Teoria), if you want a paper book to work your way through, there are some good ones specifically for string instruments:

Either of the theory sets listed above will take you progressively through the basic steps and lead you to a good understanding of music theory. The note reading book is a good beginner book for reading music.

The baroque and classical composers included in their concertos a spot where the orchestra could stop, and the performer was on his own to improvise on the theme of the movement he had just performed, in order to show off his virtuosity, but also his ability to improvise. This was the Cadenza. Antonio Vivaldi wrote several student concertos, possibly for his students. On this video, my student, Ryan is playing the 1st movement of the Vivaldi A minor concerto, which is a student concerto. I took the liberty to designate a spot for Ryan to add in his own improvised cadenza. Ryan’s cadenza is a little different each time he does it.

This video was taken at one of my students monthly play-ins. We get together informally and play what has been prepared for the occasion, like an informal recital, at Everyday Joe’s, a local coffee house. There is background noise from the coffee house patrons, but do enjoy anyway!

Karen Lauffer has video demos on her YouTube Channel of familiar tunes embellished by use of improvisation; she adds a new idea here, a new twist there, all adding interest and freshening already familiar material. Karen demonstrates the advance technical skills one learns in classical music training.